I love seeing everyone post their kids’ first day of school pictures. How awesome is it to be able to document each year as your child grows? Their features and personalities change so quickly it’s nice to freeze a little bit of time.

This school year I want to help you get from this 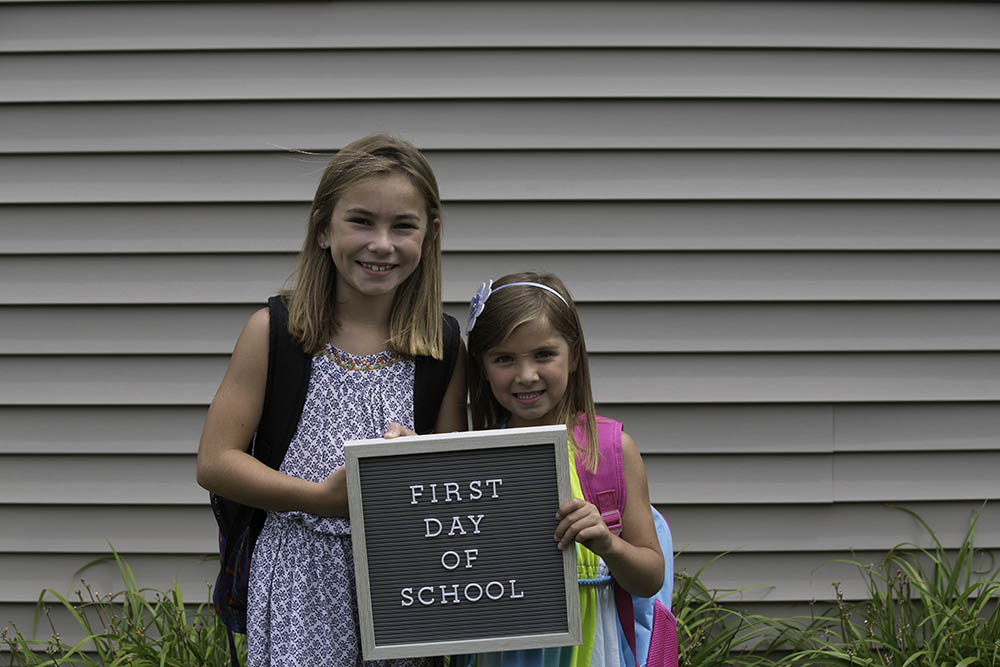 So I put together  4 tips to help you get the best first day of school photo.

Tip 1: Shoot in Aperture Priority mode. This is going to allow you to have a nice blurry background and let your child or children be the main focus of the image. The lower the number the more blurry your background will be. Notice the picture on the left. It was shot at an aperture of f/5.6. The picture on the right was shot at an aperture of f/2.8. 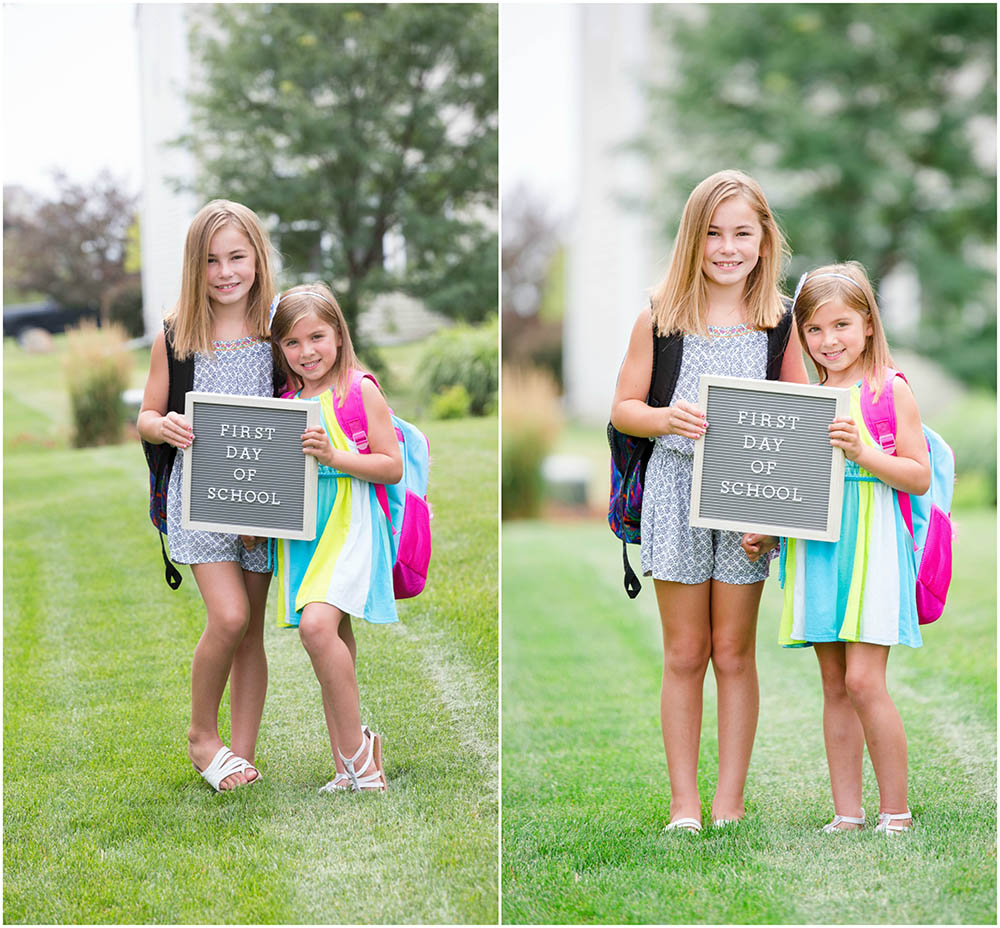 Tip 2: If you’re photographing more then one child you may need to close down your aperture (raise the number). Raising the number of your aperture will allow you to make sure you get everyone in focus. If you do raise your aperture and your shutter speed is to slow raise your ISO, or you can still shoot at a lower aperture but have the children line up on the same line. Notice in the picture on the left the girl in the back is slightly out of focus, that’s because she’s slightly behind the girl in front. The picture on the right, both girls are in focus because they are “on the same line.” Both pictures were shot at an aperture of f/2.8. 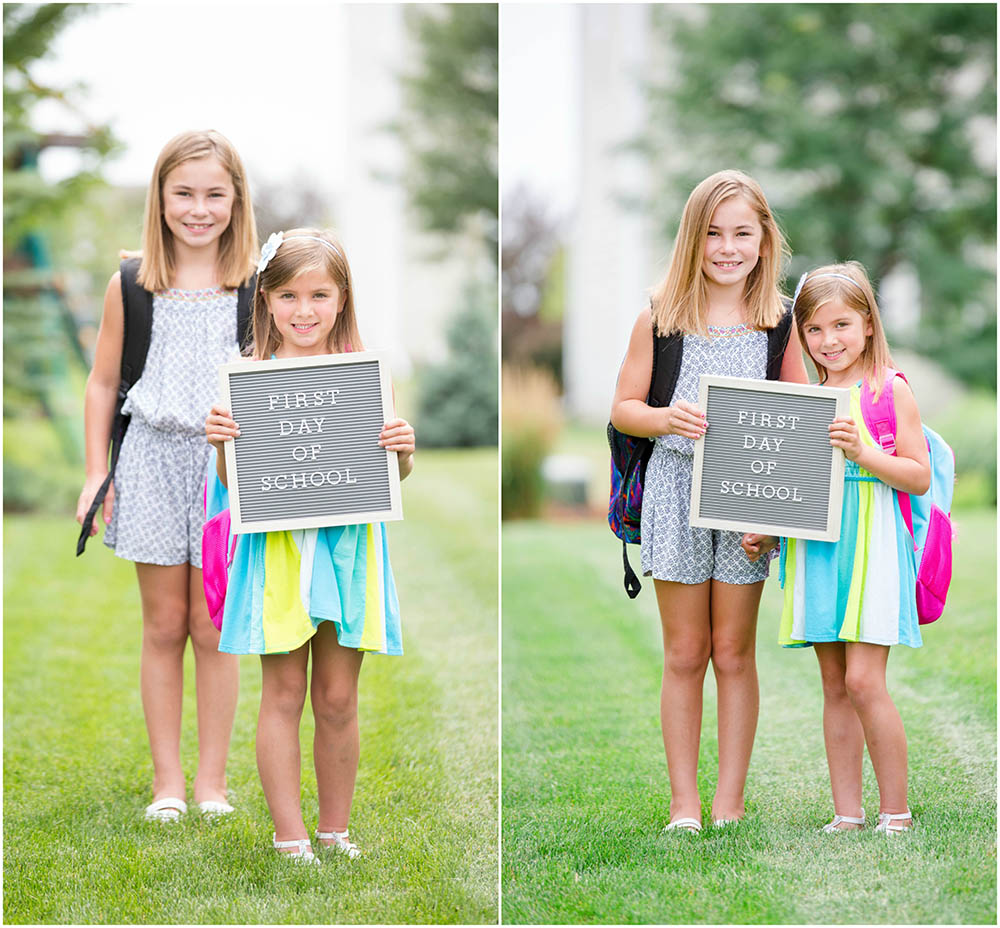 Tip 3: If you’re taking pictures inside your home, place your child or children near a window. If you’re taking your childs picture outside look for open shade. Open shade is the tip of a shady area. If there is no open shade have your child stand with their back to the sun. This way their face will be evenly lit and they won’t have squinty eyes from the sun being so bright.

Tip 4: Don’t place them directly up again something. Pictures tend to look better when there is room between your subject and what’s behind them, creating a nice bokeh(blurry background). Notice the picture on the left, the girls are directly against the house while the picture on the right is shot just a few feet over with their backs now toward the backyard.